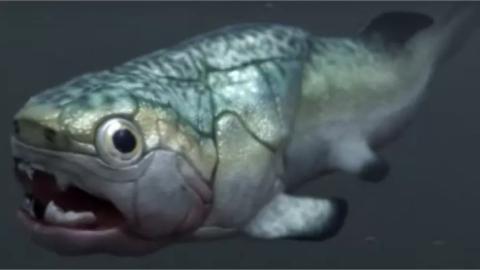 Researchers have discovered a 380-million-year-old heart preserved inside a fossilised prehistoric fish.

They say the specimen captures a key moment in the evolution of the blood-pumping organ found in all back-boned animals, including humans.

The heart belonged to a fish known as the Gogo, which is now extinct.

The "jaw-dropping" discovery, published in the journal Science, was made in Western Australia.

The lead scientist, Prof Kate Trinajstic from Curtin University in Perth told BBC News about the moment she and her colleagues realised that they had made the biggest discovery of their lives.

"We were crowded around the computer and recognised that we had a heart and pretty much couldn't believe it! It was incredibly exciting," she said.