Where Does Plastic Pollution Go 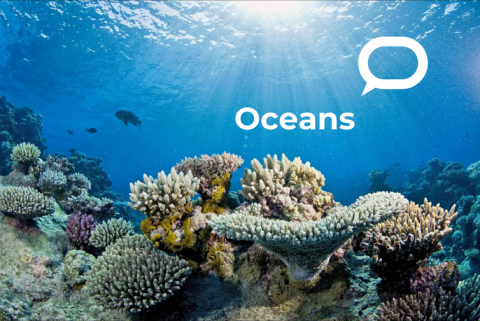 Where Does Plastic Pollution Go

Of the hundreds of millions of tonnes of plastic waste we produce each year, it’s estimated that around ten million tonnes enters the ocean. Roughly half of the plastics produced are less dense than water, and so they float. But scientists estimate that there are only about 0.3 million tonnes of plastic floating at the ocean surface, so where is the rest of it going?

Consider the journey of a plastic fibre that’s shed from your fleece. A heavy rain washes it into a storm drain or a nearby river. Does the tiny fibre settle there? Or does the river carry it out to the coast where it lingers on the seabed? Or does it continue to float further out – finally ending up in the vast open ocean?

The dizzying variety of forms plastic waste can take means that a fibre’s fate is just one mystery among countless others.

Finding out where all the missing plastic ends up can help us figure out which parts of the ocean are most affected by this type of pollution – and where to focus clean-up efforts. But to do that, we need to be able to predict the pathways of different kinds of plastic, which requires large teams of physicists, biologists and mathematicians working together.

That’s what our research team is doing. Here’s what we’ve learned so far.

We already know that large pieces of plastic, like bottles, can float on the sea surface for years, if not centuries, taking a long time to break down. Currents, winds and waves can, after a journey of several years, bring them to the centre of ocean basins, where they accumulate in 1,000km-wide circulating systems known as gyres. The vast “garbage patches” that result resemble more of a soup of plastic than an island of trash.