The Sea Hares Are Back 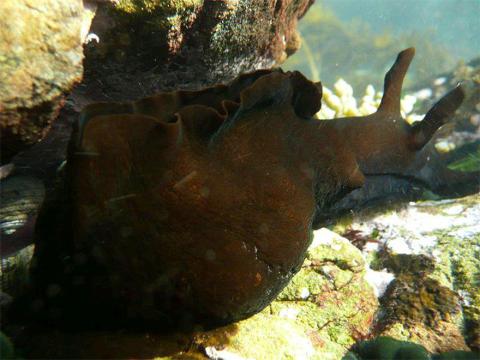 A Sea Hare is a type of sea slug with a soft body, a reduced internal shell and two tall sensors coming out of its head that resembles the ears of a Hare..

They feed on algae in shallow water and if disturbed can produce a toxic ink to deter and escape from predators.

Sea Hares can crawl along the seafloor and can also swim through the water very gracefully.

The species commonly found around the Wellington region is Aplysia juliana which is also known as the Black Sea Hare or Walking Sea Hare. A. juliana feeds on the bright green sheet-like algae, Ulva.

Sea Hares are found in other places around the World., They are found in large numbers in shallow water around Wellington in March–June while they are breeding. Our Island Bay Marine Education Centre Bait House Aquarium often has some Sea Hares on show during this time of year,

The eggs of Aplysia juliana are fluorescent yellow and resemble cold leftover noodles when washed up on the beach. We have also seen pale pink spaghetti egg masses on the shore line, but it is not known if they are from the same species. Sea Hares lay their eggs and then die not long after, This is why you might find the Sea Hares washed up on the beach at this time of year.