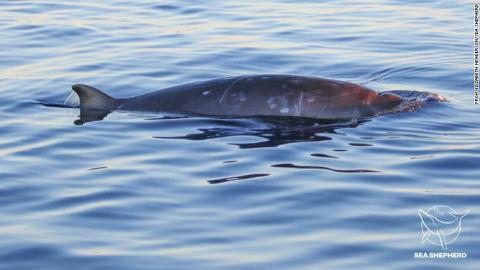 Scientists working off the western coast of Mexico say they have found a previously unknown species of whale.

Three beaked whales were spotted last month by a team of scientists working with the Sea Shepherd Conservation Society near the San Benito Islands, some 300 miles from the US border, according to a press release published Tuesday.

Genetic sampling will confirm whether the whales are a new species.

The team had set out to try to find out what kind of whales were making an unidentified acoustic signal previously recorded in the area.