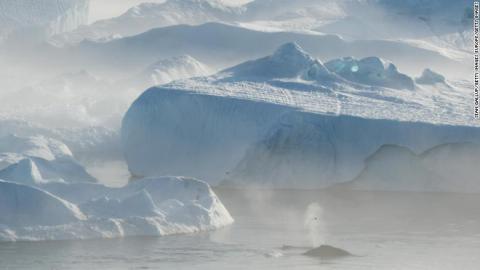 A crucial system of currents in the Atlantic Ocean that helps control temperatures in the Northern Hemisphere and has implications for the entire planet's weather systems is showing signs of instability due to human-made climate change, scientists say.

Its collapse would have dire consequences for our weather and life on Earth.

The Atlantic Meridional Overturning Circulation (AMOC) -- which the Gulf Stream is a major part of -- helps maintain the energy balance in the Atlantic Ocean. It is often described as a "conveyor belt" that takes warm surface water from the tropics and distributes it to the north Atlantic. The colder, saltier water then sinks and flows south.

A study, published Thursday in Nature and Climate Change, warned of "an almost complete loss of stability of the AMOC over the course of the last century. Researchers say it could be close to a collapse from a strong circulation to a weak circulation, though the threshold for such a collapse is still uncertain.