Worrying Effect of Microplastics on Mussels 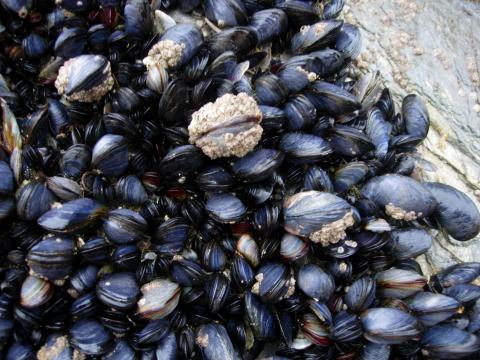 Worrying Effect of Microplastics on Mussels

Mussels start to lose their grip when exposed to microplastics, research has found, in the latest example of the damaging effects of plastic pollution on marine life.

When blue mussels were exposed to doses of non-biodegradable microplastics over 52 days, they lost about half their power to stick to surfaces. The weakening of their attachment appears to be the result of producing many fewer byssal threads, the thin fibres produced by mussels that enable them to attach to rocks, ropes and other undersea environments.

The research, carried out at the Portaferry Marine Laboratory in Northern Ireland, and reported in the journal Environmental Pollution, is among the first to study the effects of microplastics on marine organisms.

Microplastics have been found across the world in a wide variety of environments, from tapwater and seawater to flying insects and are probably even in the air we breathe. Last year, a study found microplastics in human faeces for the first time.