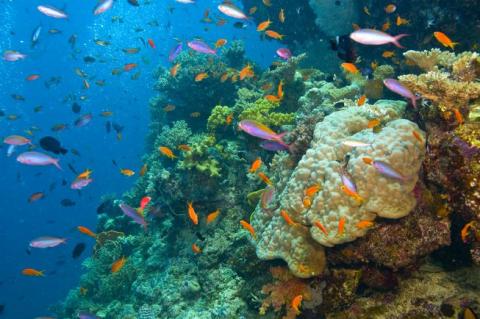 If we're going to reboot a world shut down by a pandemic, we have to think creatively.

For some Australian diving tour operators, that means ferrying marine biologists to the Great Barrier Reef instead of traditional customers.

Those teams are using a special technique called coral clipping to plant coral pieces in the areas of the reef that have been most damaged by climate change, according to Karryon, an Australian travel news site. Think of it as a human-induced recovery plan for a human-induced problem.

In all, five tour companies have signed up for the Coral Nurture Program, a partnership between tourism and science to improve stewardship of the reef.

"There are two new things about this program," Scott Garden, CEO of Passions of Paradise, tells the travel website. "It is the first time on the Great Barrier Reef that tourism operators have worked alongside researchers and the first time that a coral clip has been used to attach corals to the reef."

Reefs also fuel economies, as major tourist draws in more than 100 countries. But the extreme sensitivity of corals may also be their undoing. Everything from ship traffic to overfishing to human-induced climate change are having a perilous impact on the world's reef systems. Read More.