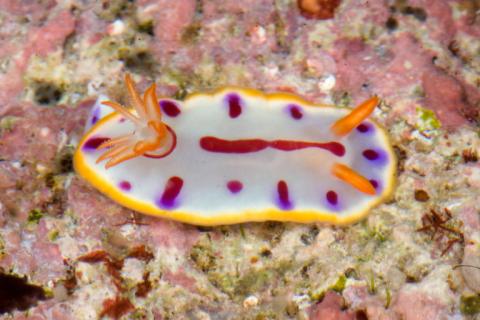 Nudibranchs, colloquially known as sea slugs, are some of the more eye-popping critters to grace the world's oceans. Now scientists are welcoming 17 newly-named species to the carnival-coloured lineage.

Research published recently in the Zoological Journal of the Linnean Society chronicles the identity of sea slug specimens — all of the genus Hypselodoris — which were collected across the Indo-Pacific over the past decade.

The 17 newcomers join the ranks of what the paper calls a "megadiverse" family: There are about 3000 known species of nudibranchs found everywhere from shallow tidal pools to the deepest ocean trenches, according to senior study author Terry Gosliner, an invertebrate zoologist at the California Academy of Sciences who has personally helped describe about 1000 sea slugs throughout his epically nudibranch-rich career.