Maui Dolphins Under Threat From Fishing and Cats 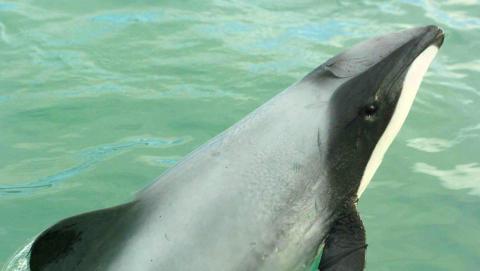 Clean, green New Zealand. With a dirty little secret. We are on track to becoming the first country in the world to cause the extinction of a marine dolphin. The smallest in the world - the Māui dolphin.

The hobbit of the ocean is native to New Zealand waters, ours to enjoy, ours to protect. Split into two subspecies, the Hectors roam the south, while elusive Māui dolphins take refuge on the west coast of the North Island.

Although both are considered endangered, the Māui population is critical. With less than 10 per cent of the original 2000 dolphins, the remaining 55 are teetering on the brink of extinction.

The decline has been at the hands of the commercial fishing industry where trawl, set net and driftnet methods have been detrimental to the survival these dolphins. Through bycatch and reduced food availability, commercial fishing accounts for the majority of Māui mortalities. There is an average of approximately five fishing related deaths per year – a number the current population simply cannot afford.

Cats and other mammals are hosts for the parasite Toxoplasma gondii. But it is exclusively in cats that T. Gondii can sexually reproduce. Once an army has been assembled, the parasites are 'excavated' and contaminate fresh water runoff before making their way out to sea. As organic matter fuels life in the ocean, the parasite bioaccumulates up the food chain until it infects our small endemic dolphin – causing death, still births, behavioural changes and reduced reproductive ability.

With both our native birds and dolphins threatened by their presence, it begs the controversial question, New Zealand cat free by 2050?

For more information about this important issue click here.